Download the free Hearonymus Audioguide App to listen to interesting background information and fascinating stories. At the individual stops you can use your mobile device either to select the relevant chapter from the list in the app or to scan the QR code on the information board. The QR code scanner is integrated in the app. In total there are 32 audio tour stops, which are not in a specific order. 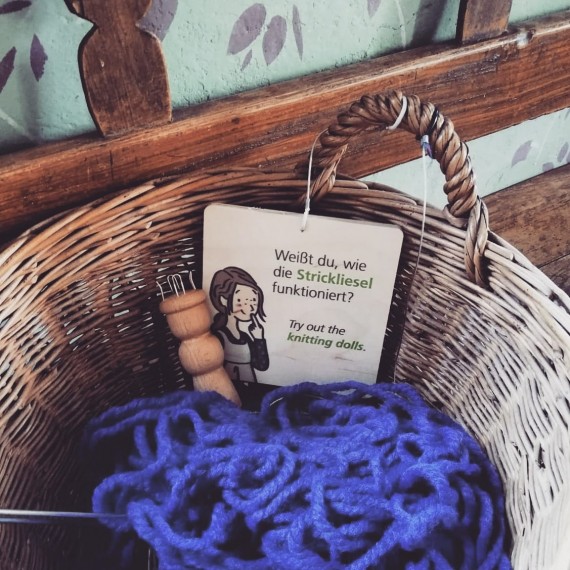 The farmstead at the Museum Education & Activity Centre is a very special one. Here you can touch, feel and try out things yourself, which you are not allowed to do in the other buildings of the museum. Take a journey to the past and explore what life was like around 1900. You can write on a slate board, work the way people did more than 100 years ago and try out many other things. Take a pencil and a piece of paper and then follow Theresia on her tour of the house. She used to live here and has prepared a quiz for you. Go and visit the various rooms of the house to find all the clues you need to complete the quiz. When you have answered all the questions correctly, she will tell you where to get a little surprise gift.

the most recent addition to the museum

When was the last time you made a phone call from a telephone box? Probably you don’t remember, which is why it is little surprising that phone boxes are more likely to be found in a museum today than anywhere else. While Great Britain is generally associated with red telephone boxes, people in Germany usually think of a bright yellow colour. Since 2019 these yellow phone boxes have no longer officially been in service, and with the rise of mobile phones even the successor model coloured in magenta and grey is becoming increasingly rare.

Originally located in Bamberg, this telephone box has already had an interesting history. After the introduction of the euro it was transferred to the federal police education and training centre in Oerlenbach, where it was used to simulate a crime scene at a platform during situational trainings.

Pick up the receiver and dial a number to listen to the stories the phone box can tell you. Although they are in German you may well guess what they are about, from hoax calls to confessions of love.